Area of Monte Giulio and the so-called "Capitaneria"

In close proximity to the Museo delle Navi (Fiumicino Roman Ships Museum), on the way to the Airport Leonardo Da Vinci is the small hill known as “Monte Giulio”. The rise has formed over time on an ancient port quay, representing the northern limit of Claudius’ great harbour basin. Since 1968 archaeological excavations have been carried out at the site, and brought to light structures including a large water thank and small thermal baths which can be seen today along the modern road. 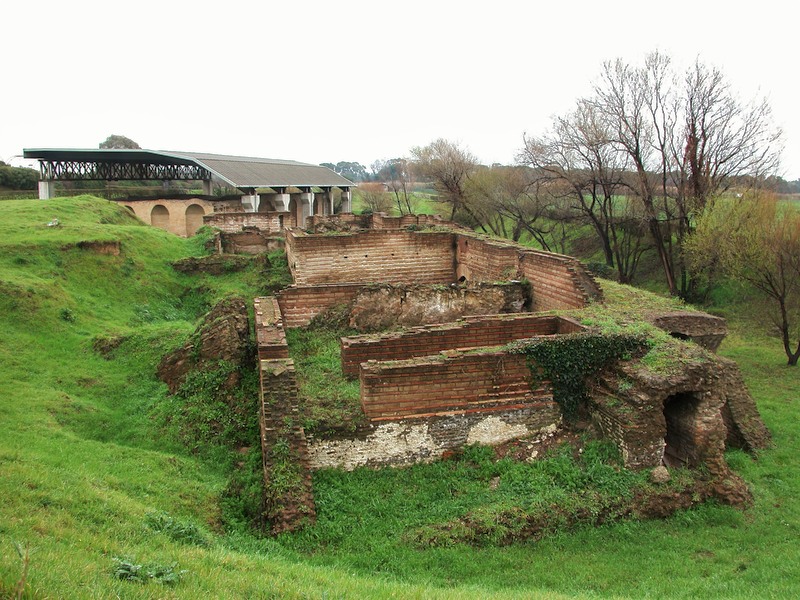 The structures identified as the roman harbour offices, the so-called “Capitaneria” have been found in proximity to the modern Monumento ai Caduti di Kindu (to the Fallen in Kindu, Congo).

These supervising offices and representative spaces for the activities carried out in the harbour can be dated back to the 1st century AD, and underwent frequent restorations until 4th century. One of the rooms was finely decorated with frescoes: a painted vault has been recovered in the 80s.

Due to the absence of minimum safety conditions, the structures cannot be visited.