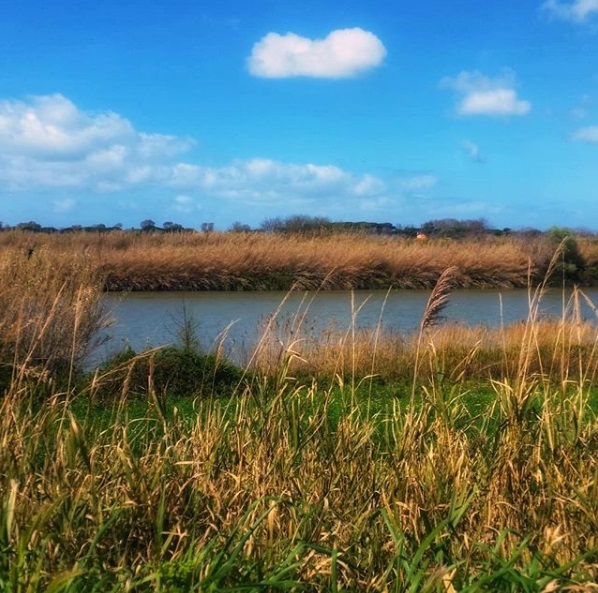 Outside the main gates of Ostia Antica, about 200 meters to the left, begins the Via delle Saline (“road of the saltpans”), at the end of which can be found the "Archaeological Area and Natural Park of the Salt pans”.

The Archaeological and Natural Park of the Salt pans

Here lie the remains of the largest section of the river port of Ostia, also called “Republican banks” even though the exact chronology is yet to be confirmed.

In order to understand these ruins and their functions, a different landscape must be taken into consideration: in the Roman age the Tiber was much closer than it is today, and flowed in a deeper curved section which disappeared after the flood in 1557. That lost meander is today called “fiume morto” (“dead river”).

The structures that have been found, represent the left bank of this ancient part of the river made of tufa blocks, more than 100 meters long and 15 meters wide. 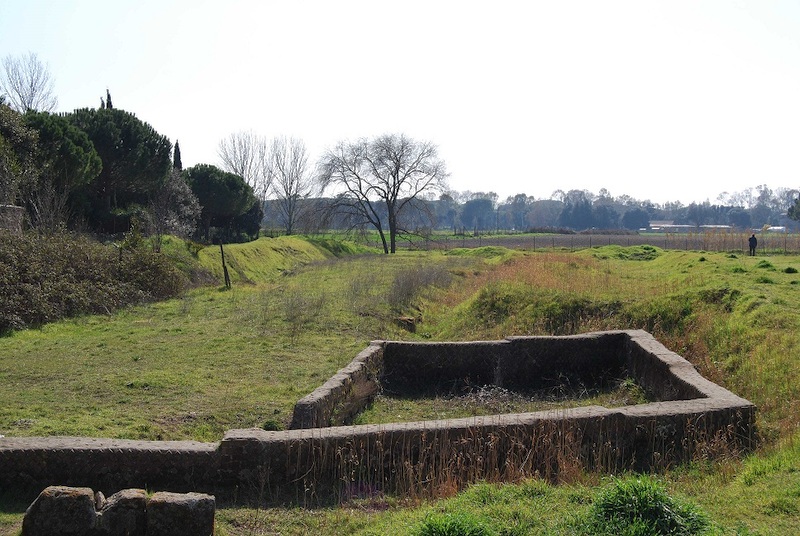 The west part is the edge of the river banks; the east part was the connection between the banks and the mainland, and consisted of orthogonal walls made of concrete with surface in tufa stones arranged in a “phishing net” pattern (Lat. opus reticulatum), a construction technique typical of the republican era.

Along the walkable area it is possible to see grooves and ducts that likely relate to the use of temporary equipment such as machines and ropes, used to lift the ships and force them over the bank.

This complex was a very dynamic production center related to the phases of extraction and storage of salt, which was gathered from the nearby salt pans.

As the archaeological structures are almost entirely underground, the area of the banks and the salt pans is today a Natural Park characterized by wide biological diversity. Inside the park some medicinal plants can be seen growing in the wild (hawthorn, lentisc, rosemary, mallow, cardoon) as well as other typical Mediterranean herbs.

For several years Unitre (University of the Third Age, branch of Ostia Antica) has been promoting the project “Archaeological-Natural Oasis” in the area of the banks and the salt pans, in cooperation with teachers and students of the School I.C. Fanelli-Marini of Ostia Antica, the Senior Center “Lo Scariolante” of Ostia Antica, and other institutions designed to protect the enviroment such as: the Enviromental Education Centre (State Natural Reserve of the Roman Coast), CHM/LIPU (Italian Society for the protection of birds), and WWF (for Lazio coast). 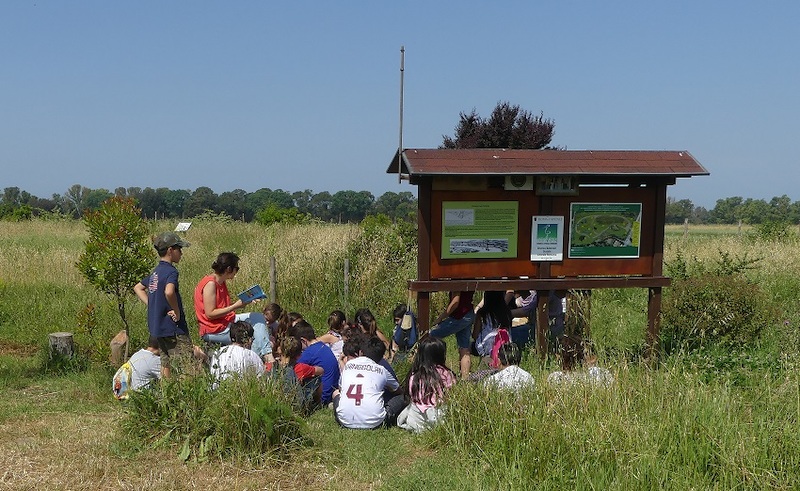 Workshop at the archaeological and natural park of the Salt pans

The park is equipped with an archaeological path and a nature trail, both with notice boards and explanatory panels.

Artificial nests can be spotted, placed along the route, in order to facilitate the study and further understanding of migratory and sedentary birds.

Since the area, far from residential areas and surrounded by fields is designated to be undisturbed, biodiversity has largely increased.

In the park a visitor can see 113 plant species, a wide range of insects such as butterflies (20 species), moths (14 species), hymenoptera, beetles, and arachnids. The number of birds and mammals has also increased, and thanks to the expanded availability of nourishment: foxes, porcupines, and badgers are frequent visitors.

The Oasis also represents an open-air lab for surrounding schools, where students can develop a sense of responsibility and awareness about the environment through hands-on experience. 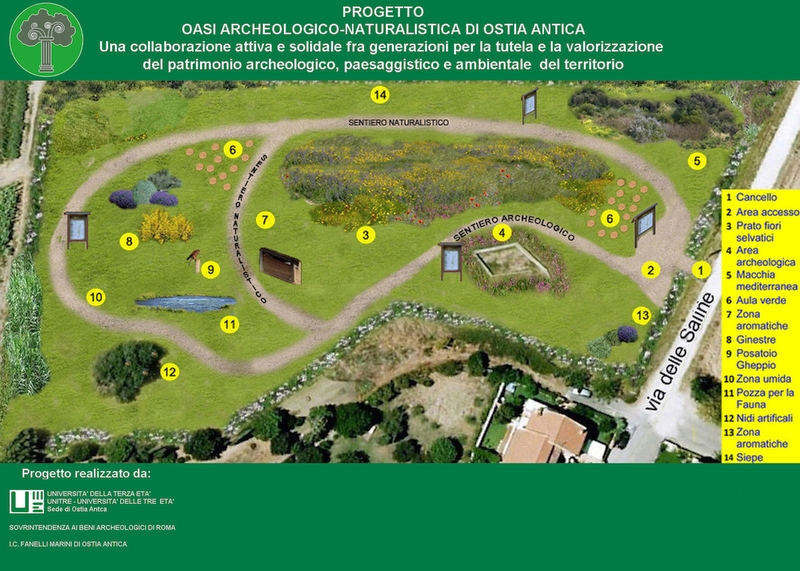 Map of the archaeological and natural park of the Salt pans