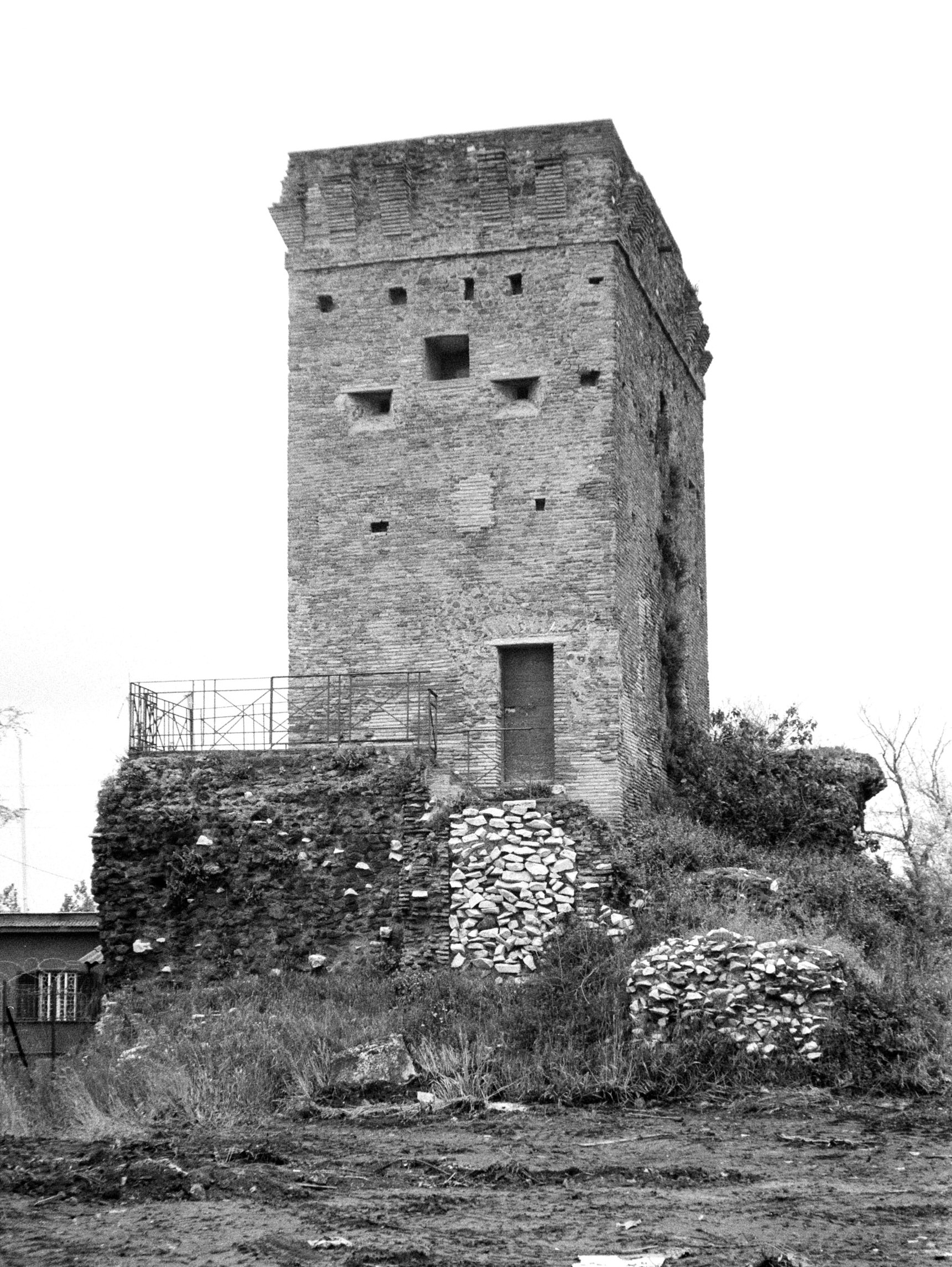 Tor Boacciana can be reached by passing along the Archaeological Park of Ostia Antica on via di Tor Boacciana (direction: Fiumicino Airport), turning left before the bridge on the Tiber (Ponte della Scafa).

The tower (italian “tor” = “torre”) was built on the left bank of the Tiber in the 2nd century AD under Trajan, as brick stamps testify, right where the river flowed into the Tyrrhenian sea.

According to researchers it must have been a lighthouse or a guard tower controlling the mouth of the river.

The upper part of Tor Boacciana in its medieval appearance belongs to the 12nd century. It probably is that “fabulous but isolated tower” quoted in the Chronicles about Richard the Lionheart’s journey to the Holy Land on the third Crusade (1190), when he disembarked at Ostia. At that time the whole area was property of the Family Bovazzani and the tower is thought to have been named after this family, hence its current name “Boacciana”.

The tower was in a state of abandon already when Pope Innocent VII had it restored in 1406, and it was subsequently completely renovated by Pope Martin V in 1420. Since then it has been used for different purposes. In 1562, under Pope Pius IV, the tower was the seat of Papal custom-house, after the flood that moved the Tiber away from the Castle of Julius II in 1557. In 1568, due to the advancement of the shoreline, the Papal custom-house was moved again to Tor San Michele, another tower started by Michelangelo Buonarroti and completed by Giovanni Lippi in 1567. For some centuries the tower remained abandoned again. At the beginning of 19th century it was used as a warehouse, whereas at the end of the same century the tower’s ownership went to the Aldobrandini family who rented it to Tancredi Chiaraluce, who lived there and set up a refreshment and wine selling point for hunters.