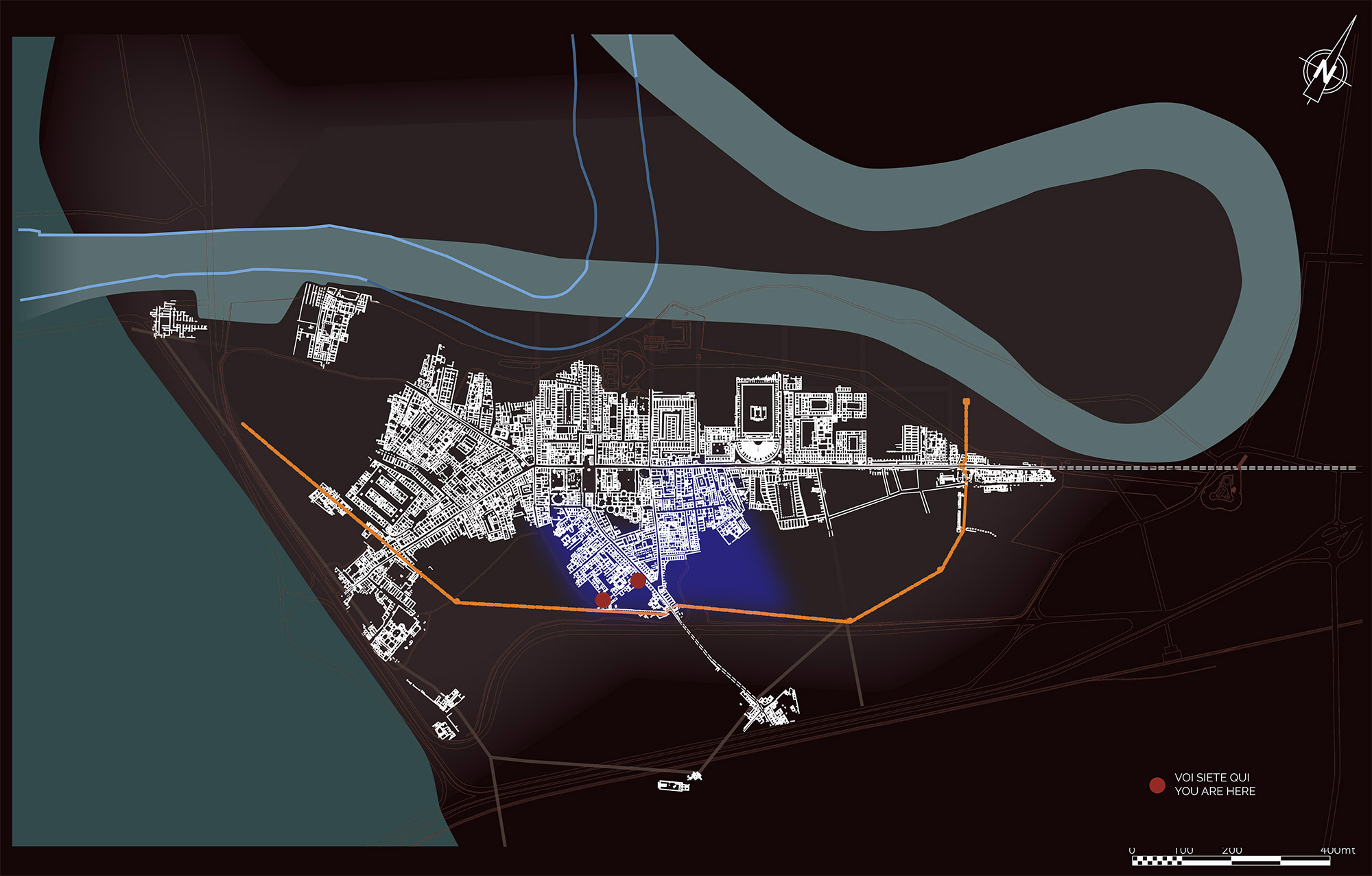 The district south of the Forum took on a prevalently private character already in the Republican period. A significant number of luxurious domus (residences) were built along the southern stretch of the Cardo Maximus, in addition to baths and buildings with an artisanal and commercial function.

In an outlying area of the city, near the Porta Laurentina, a sanctuary was built to Cybele or Magna Mater, the fertility goddess of eastern origin who was particularly popular in Ostia during the Imperial period.

The sacred area, of triangular shape, was the city’s largest; within, temples and shrines dedicated to the cult of Cybele and the gods associated with her were erected. The cult buildings were arranged around a large open space in which the religious rituals took place, among which a pre-eminent role was reserved for sacred processions and bull sacrifices (taurobolia). 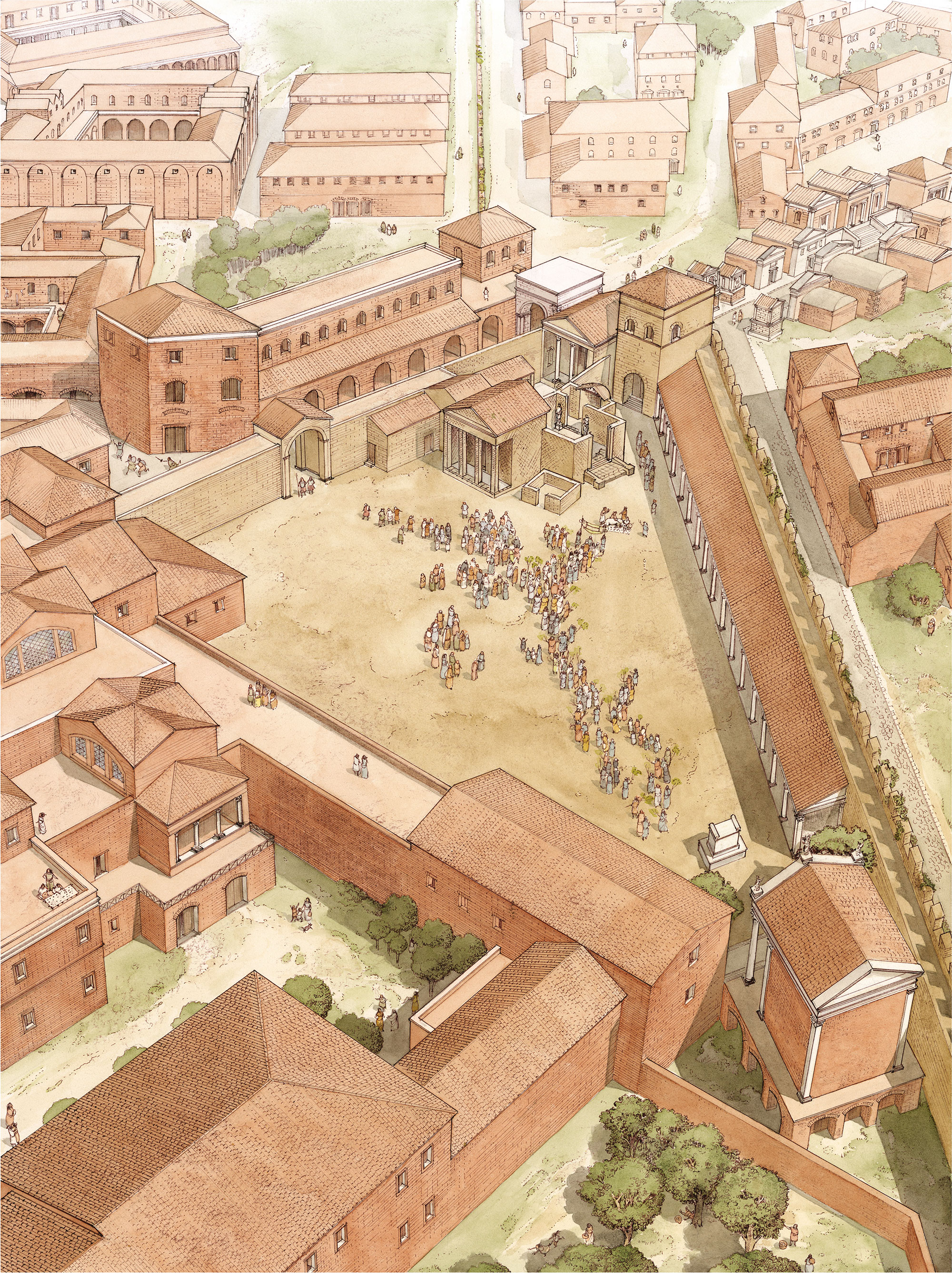