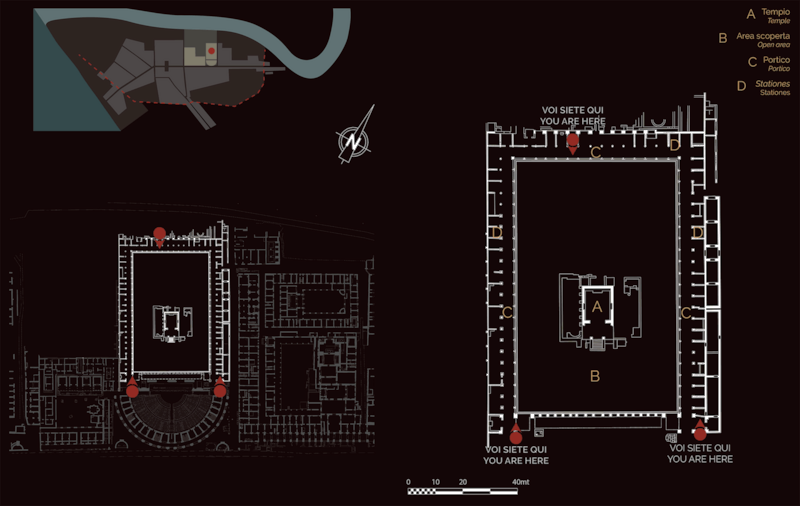 The vast square open towards the Tiber was designed together with the theatre in the Augustan period but was equipped with porticoes only during the time of Claudius (mid-1st century AD).

Towards the end of the 1st century AD, a temple on a high podium with two Corinthian columns at the front was built at the centre of the square; it was dedicated to a god of uncertain identity.

Another transformation took place in the first half of the 2nd century AD, when the portico was doubled and the earliest floor mosaics were laid; the latter were later remade when the internal space was subdivided into different rooms (stationes).

The motifs depicted were linked to commercial activities; the presence of inscriptions mentioning corporations of traders, ship-owners and entrepreneurs from both Ostia and elsewhere support the theory that these were the headquarters of the corporations themselves. 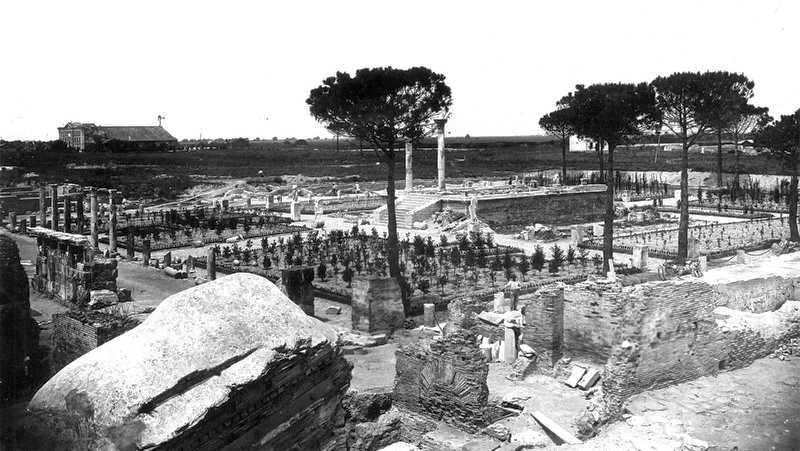