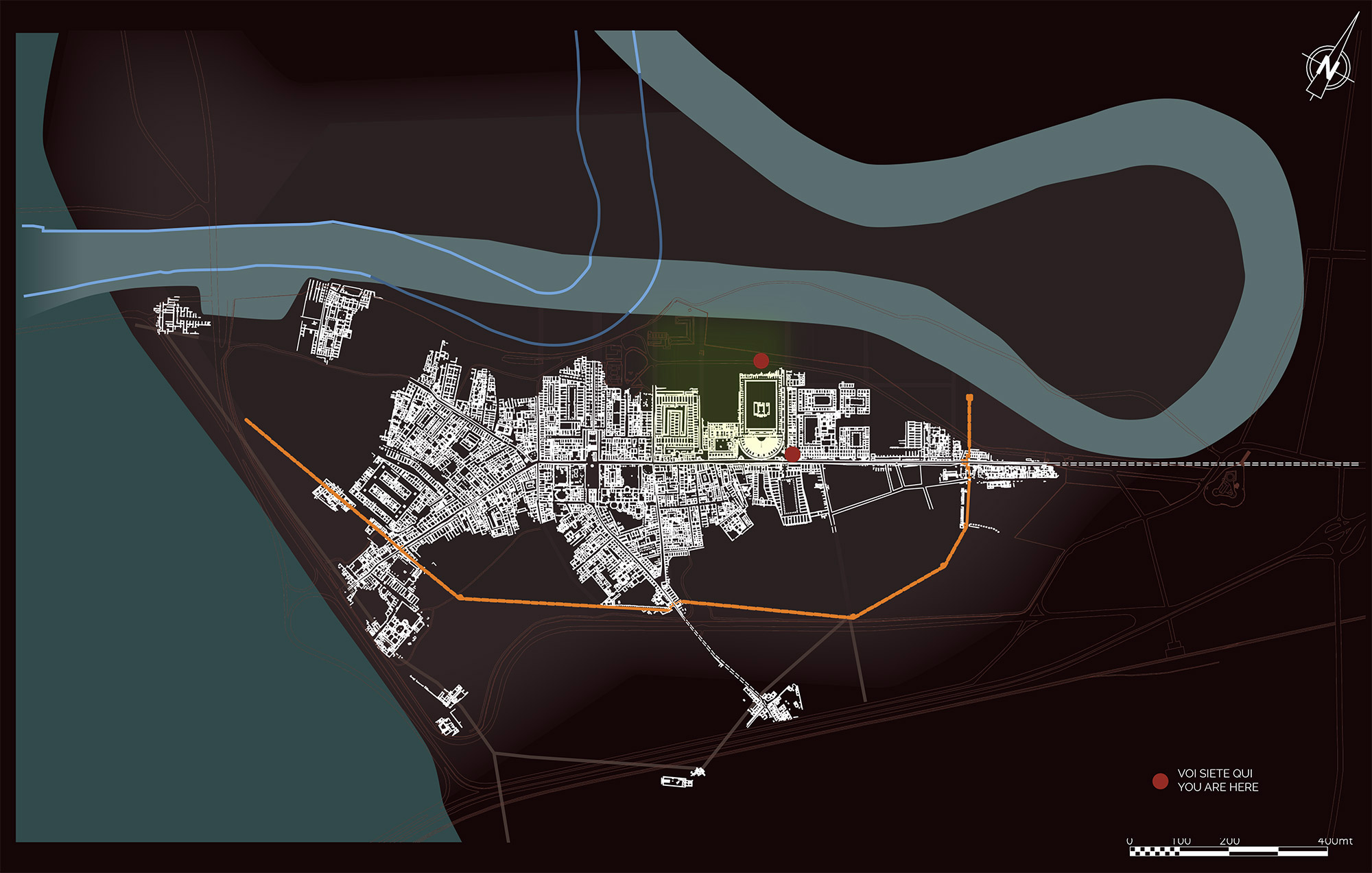 This sector of the city, inside the public area delimited by the boundary stones of Caninius, played an extremely significant role from the Republican period onwards: already in the 1st century BC, the important sanctuary of the Quattro Tempietti was built here.

In the area immediately adjacent to it, a vast complex was built in the Augustan period that comprised the theatre, renovated and enlarged during the Imperial period, and a square behind it open towards the Tiber.

The latter was subsequently monumentalized with the construction of a large portico, which became the official headquarters of entrepreneurs and ship owners, whilst a temple was built at its centre surrounded by gardens.

The western edge of the district was occupied by the complex of the Grandi Horrea, Ostia’s main granary, which exploited the connection with the Tiber. 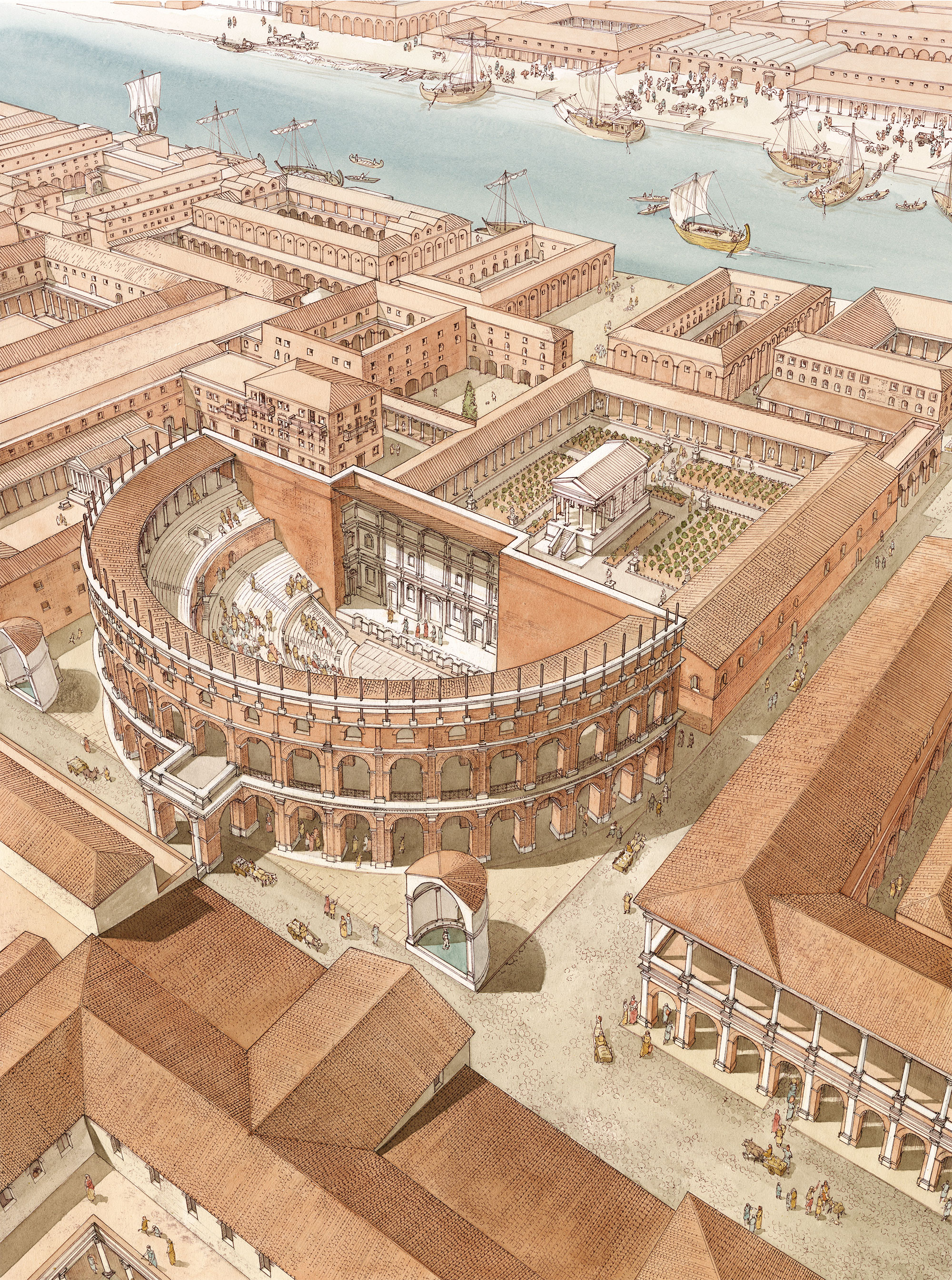